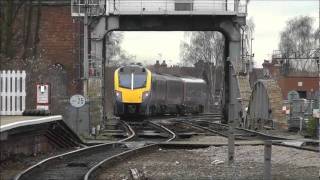 Description: A day trip to Hull.......well I only got as far as Selby as I couldn't stop photographing there and snooping about the place. Also a railway video which is here and shows some highlights of this once former ECML stop. (11th January 2012). This video shows some photographs of the station and the swing bridge and a First Hull Trains ...