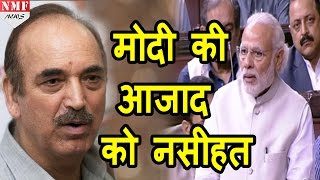 Description: PM Modi is replying in Parliament on the Motion of Thanks on the President's address at the start of the Budget session. Sometimes I feel Congress has a boon like that. It always said “attack on opposition”, never said “attack on Congress.There is a funny thing about “death”, no one blames death. they blame the reason why people die...